So I’m a little late on this, but Charley has been chomping at the bit, so I’ll finally post this.

Two of my favorite things in the world are reminiscing and making lists, so it’s no surprise that every year I like to sum it up by doing just that.  If you’d like to review my previous years, here’s some links:

It’s kind of fascinating to look at the previous years.  Blogs and journals can be so odd to read sometimes.  I look at my previous years and remember everything so well, yet at the same time it seems so distant.  But I’m reading words that I wrote when those circumstances were still very fresh, and in a way it almost feels like I’m reading someone else’s words.  Who was this Morgan that wrote about these things?  How different is he than this Morgan?  And with each passing year, I hope that the Morgan who reads this the following year will continue to grow and be a better version of himself.

So to the Morgan who reads this next year, let me remind you of the things that happened this past year.  Your country nominated its first African-American president (who you voted for!).  That was pretty much the best political moment of the year, as the rest of the year was filled with frustration, recession, and political and economic depression.

However, you had some pretty key things happen that were great, and it seems like you were kind of lucky, because a lot of people hated 2009.  However, in 2009 you started dating a really amazing girl, and then you went and fell in love with her.  You didn’t think you could did you?  And at least at the time I’m writing this, you haven’t even scared her off yet!  So if you read this in a year, I hope you didn’t screw it up.

Also, the company you work for took you back on full time.  So you were one of the first people really affected by the recession, and then in the midst of everyone else still losing their job, you managed to get yours back.  You also went to Hawaii, New York, and Michigan too many times to count.  Your family is still amazing, your friends are still amazing, and your band just keeps chugging along (and appears to be the only real Grand Rapids band left).  I hope that when you read this in a year, your band is still together, and that you never give up.  The music biz at this point is still exhausting and immensely frustrating, but there’s still something inside of you that just knows this is what you’re supposed to be doing.  If this is no longer true for you in a year, that would make 2009 Morgan very sad.

Oh and by the way, here were a few of your favorite things from 2009 (as you’ll notice, you were big into electronic-y sounding music this year for some reason): 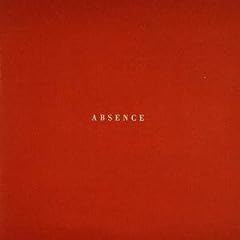 This was a no-brainer for me.  This album is so wonderfully darkly epic, making it about the most perfect album to listen to in a rainstorm ever, with rich and meaningful lyrics, and some fantastic electronica and hip hop elements.  Are We All Forgotten easily became my song of the year (and is the closest thing to “our song” that Corinne and I have, which is odd considering the main line of the chorus is “Don’t you break my heart again”).  But the main thing that put them over the top was seeing them live on my birthday.  I was immensely impressed by the heart and the passion they have when performing live, but then they also decided to have an acoustic set in their trailer, where they SANG ME HAPPY BIRTHDAY!  Once they did that, it was really hard not to be head over heels for them. 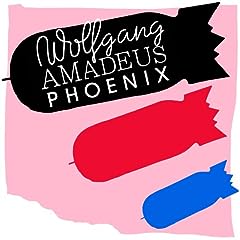 This is the one album this year I really have not grown tired of listening to.  Everytime I listen through it it seems like I have a different favorite song.  It’s one of the catchiest and most fun records you could ever own.  It may be in a honda commercial, but do yourself a favor and the next time you’re driving, put on 1901 and just sing your heart out.  I’ve done that about 75 times this year. 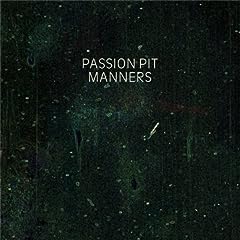 I first heard them on the Paste sampler back in the spring, and I loved them immediately.  In the same vain as Phoenix, this album is about as catchy and fun as you can get, and if you feel like stretching out your falsetto, it’s also a blast to sing along to.  I don’t know if I’ll ever get tired of Folds in Your Hands and Little Secrets. 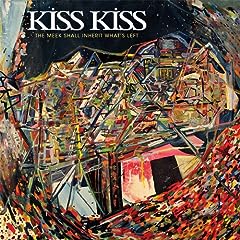 At this point in the list, I think I have about 8 albums I could have easily put 4th or 5th, so the honorable mentions that I put after these could just as easily have been #4 or 5.  This is one of the more unusual albums that I fell in love with this year.  I’ve described it as the music of pure chaos, and upon first listen that’s exactly what it is.  The song structures are unusual, chaotic, slow and beautiful at times, and just wildly entertaining.  Even now when I listen through it, I’m surprised every time, and just cannot figure out where it’s going to go.  A very strong and unique sophomore effort from this band.  I would really like to see them live. 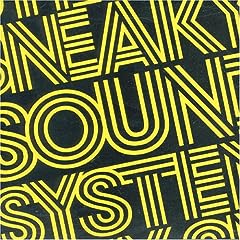 This was probably the most obscure band I discovered this year.  They played a random show that a friend of mine went to in town, and he said I should check them out.  So I figured what the heck, and I just loved them.  Another electronica band on my list (which was sort of the theme for this year, apparently), and this one is probably the purest electronic band.  And they’re Australian, so that’s fun too.  🙂

Should Have Been Into Them Last Year

I’m adding this as a new category this year, as there’s so much music that comes out in a given year, it’s impossible for me to get into all of it in the same year.  So there’s always some bands that deserve some sort of mention, but doesn’t seem right to list in my top albums, since they didn’t actually come out this year.  So I want to mention the albums that I loved this past year, that I should have been into last year:

1) Bon Iver – For Emma, Forever Ago (no doubt this is #1)
2) Ra Ra Riot – The Rhumb Line
3) Annuals – Such Fun
4) Mates of State – The Re-Arranger
5) The Hold Steady – Stay Positive  (this was an honorable mention, but I didn’t realize just how brilliant it was until this year)

To be honest, I don’t feel like I saw all that many movies this year.  So I’ll just say District 9 because I did enjoy that one quite a bit.  But while I didn’t watch many movies, I watched a lot of TV, and there were some GREAT new shows this year:

I kind of already mentioned it, but it would certainly be Paper Route’s Are We All Forgotten, not because of lyric content, but because it reminds of falling in love with Corinne, which has clearly been the highlight of the year.

So while 2009 was certainly a crappy one for a lot of people, I had a couple key things that made mine pretty great.  I hope that doesn’t mean I’m due for a horrible 2010.

So cheers everyone to 2009!  For those of you who had a pretty terrible year, I wish you a happy and healthy 2010!  I love you all.  And to future Morgan, I hope you’ve learned from your mistakes, and you’ve cherished all your wonderful friends, families, and lovers (well, just one of those).