So ALL of my counterparts and extended counterparts (ie Will) have already posted their 2010 in review, so I’m way late to this game, but oh well, I’ll post mine nevertheless. 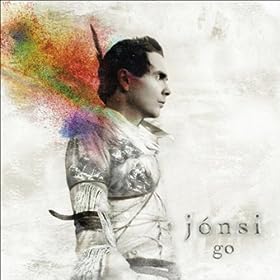 I was very late to the Sigur Ros bandwagon, but with their most recent release and this solo album from Jonsi, I’m pretty much all in.  This album almost redefines beautiful music for me.  It’s joyous, it’s epic, and it’s just wonderfully pleasing to your ears, and this was the album I consistently put on all year long, and still do.  This is also a rare album to top my list for the year that isn’t a lyric driven album.  This album could be the soundtrack to any epic and sweeping nature documentary. 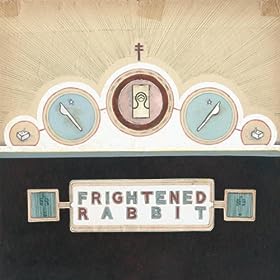 The general feeling from a lot of people with this album is that it’s not better than Midnight Organ Fight, but to me that’s a little like saying that brand new Saab that you bought isn’t as good as the brand new Lexus.  They’re both fantastic (I totally picked an arbitrary analogy, and I have no opinion whatsoever on Saabs or Lexi), and though it took a couple listens, I experienced the same sort of heartbreakingly beautiful moments that I felt when listening to Midnight Organ Fight. The Second time I listened through Skip the Youth, I read the lyrics along with it, and I could just feel my gut wrench when reading “Move, Move! I would but I am so tired.  Move, Move!  If I can’t shake myself, I can’t dance with you.”  As Michael Brooks once said about Midnight “this album destroys me in the best possible way” and Winter did that to me as well (even though it wasn’t quite to the degree as Midnight). 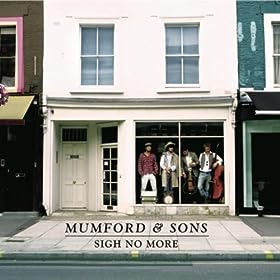 3) Mumford and Sons – Sigh No More

This is in a lot of peoples’ lists this year, and you can totally add me to the pack.  When listening through the title track for the very first time, and the full band kicks in toward the end, I said “woah, this shit just got real.  “Love that will not betray you, dismay or enslave you, it will set you free”  Just beautiful stuff.  I’ve often said they sound like a Frightened Rabbit family reunion.  So no wonder I love them, I guess. 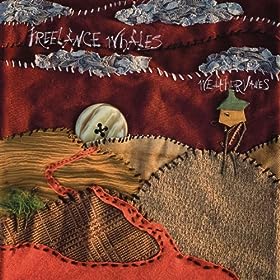 This album came out really really early in the year (possibly even technically in 2009), and though I heard a couple tracks before the release that I enjoyed, I kind of forgot about them.  And then in like July I thought “oh, I wanted to hear that whole album” and I just fell in love with it almost immediately.  The use of banjo, guitar, and various electronica sounds, this could easily seem very forced, but it sounds so natural.  They also have some wonderfully playful and yet emotional lyrics (one of my favorites “Cut me off with your long tube socks, they don’t scream hey, let’s just be friends”) that create a wonderfully catchy, meaningful album. 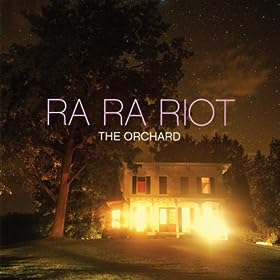 This last slot was really a three way tie between Ra Ra Riot, Stars, and Two Door Cinema Club, but I decided to give it to Ra Ra Riot as I think I probably listened to them a little more throughout the year.  Regardless, this album is just lovely, catchy, poppy wonderfulness.  They use cello, violin, and bass better than almost anyone I’ve ever heard.  They’ve received this moniker of being the stereotype hipster indie band for some reason, and they are one that if you have heard any bad hype, you should just ignore that, and listen to the music.  If you’re not sold after the first 3 tracks on this album, then you’ll never like them (and we can never be friends.  JK BFF OMG).

Holy crap that’s a lot of honorable mentions.  Maybe I should expand to a top 10 list.  But I do like that only 5 can make the cut.

This album came out ages ago, and it’s definitely not an album for everyone, but man, I just dig it.  It needs to be the soundtrack for any oddly demented yet cute video game (ie Little Big Planet, so good deal it’s on that soundtrack).

3) Stars – Set Yourself on Fire

I had never heard of Stars until this year, and my first reaction when listening to Set Yourself on Fire was “how have I not been listening to them before?”  And then they came out with a new album this year that was also great, so well done Stars.  Sorry I was so late to the party.

I don’t see movies that often anymore, but I’ll give you a top 2:

I usually list TV shows, but this year was just sort of the same shows getting even better.

According to last.fm (and myself), this was my theme  song for this past year.  As Corinne says, it’s the happiest song ever, and with lines like “I see you colorful, I see you in the trees, I see you spiritful, you’re in the breeze” it’s hard to disagree.  A close second according to last.fm would be Sign No More by Mumford and Sons.

This is the award I give out to the album that I don’t think is terrible, but I just don’t get what the big deal is.  This year was tough for this, as there wasn’t much that I felt this way about (as opposed to last year).  While I have friends who feel horrible about the Kanye album, I actually don’t mind it, so that didn’t qualify.  So the only album I felt this way about was:

LCD Soundsystem – This is Happening

I don’t hate this album, but I didn’t think it was all that great, and at the end of the year, Paste had it as #1, and it was really really high on a lot of other lists, and I just didn’t get why.  So it’s a weak nomination this year, but oh well.

The Hold Steady – Heaven is Whenever

This is one of those that’s tough because it’s almost impossible for Hold Steady to top what they’ve done before, but this album in particular just came off as kind of blah for me.  I think they still have some brilliance in them for sure, but this album was a little forgettable.

Well it’s hard to give this to anything other than Troll 2 which i did in fact see this past year.  However, it’s incredibly entertainingly terrible.  Get a big group of people together, and get your MST3K on.  It’s a blast.

So cheers to 2010!  And while this past year was a pretty solid one, I have some really good feelings about 2011.  I think some stuff is gonna happen this year.  Narrows it down right?