Holy crap, so the last post I made was 2011 in review over a year ago.  I think my blogging instinct is officially dead.  And as much as I almost let this whole year in review thing die this year, it’s one tradition I’m just not ready to give up on yet.  So since we’re already 2 weeks into February, let’s look back at 2012!  (and thank you Charley for pressing me on this so that my laziness wouldn’t let it die :))

And as usual, here’s all the stuff you liked throughout the year!  Also as usual, I’ll start with music.

This was a strange year for music, because going into it I was crazy excited about a bunch of albums coming out by bands I love, and yet none of those albums made my top 5.  That said, I think I may look back at 2012 as a pretty fantastic music year, even though there weren’t necessarily any albums that I was obsessed with.  This was a year in which truly I could have put this top 5 in almost any order.  But that said, I’ll do my best on the order. 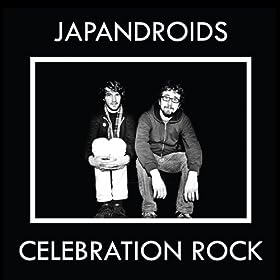 As with a few other bands I’ve been in love with in previous years, this was a band forced on me by my friend Allisa, and as usual she was absolutely right.  The energy and passion that these guys bring to an album is incredible, and it’s even more amazing to find out it’s just the two of them.  I also had the pleasure of seeing them live back in December, and they really do create this sound live with just the two of them.  It was a wonder to behold.  “House That Heaven Built” was pretty much my anthem of the year. 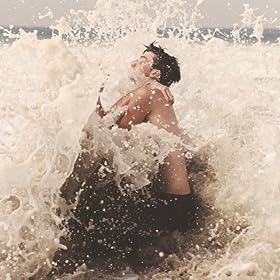 This was not just one of my favorite albums of the year, but also the most pleasant surprise.  I fell in love with Anberlin with the album Never Take Friendship Personal and then their album Cities was a masterpiece to me (so much so it was my #2 album of the decade for 2000-2009).  However, shortly after Cities they signed to Atlantic, and then very hastily released an album, that sounded like the B sides to Cities.  A couple years later, they released another full length album that was downright terrible, and I thought sadly Anberlin might be done.  This album proves that sentiment very very wrong.  It has all the over the top epic, heavy, poppy wonderfulness that first made me fall in love with them, and I couldn’t be happier to have it back. 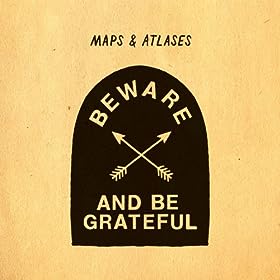 I first saw these guys open for Frightened Rabbit a few years ago, and I really liked them.  However, their last album Perch Patchwork didn’t really do it for me.  But since I knew I liked them live, I was excited for a new album from them.  And this album definitely delivered.  It’s catchy, it’s got lyrical depth, it’s unique, it’s just a solid album.  All year I think the tie for my go to ipod song was between “House That Heaven Built” by Japandroids and “Remote and Dark Years” off of this album. 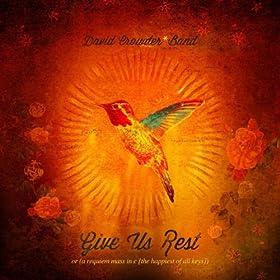 This was the first album of the year that I purchased (January 7th, 2012 I believe was when it came out), and it just stuck with me all year.  It’s epic in length and in scope, and in typical David Crowder fashion there’s a depth of spirituality to the album without being corny or shallow that is hard to find in any contemporary Christian artists for me.  The songs range all over the place, but are ultimately simple to sing along to, incredibly complex in their sound, and ultimately very timeless.  This was the band’s “going out with a bang” type of album, as they announced that it would be their last, and it was definitely an epic achievement that I’ll listen to for a very long time. 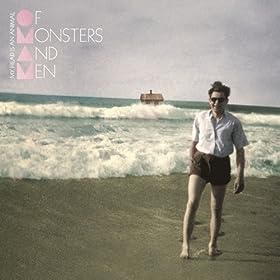 This was the one album that I knew nothing about until it was already out.  Jake (bass player in Common Shiner) introduced them to me, and said they were “the next Mumford and Sons”.  While they do fit into that sort of sound, they felt more to me like a cross between Mumford and Sons and Stars.  The male/female vocals create a depth to their lyrics and melodies that give the songs a sense of epic-ness without actually being epic in the sound.  The very first few notes of this album were enough to grab me.  I can’t wait to see where this band continues to go, but there are definitely some timeless tracks on this album that will stick around a long time (at least for me).

Didn’t Really Have Enough Time to Give Them a Fair Shake – Imagine Dragons – Night Visions, Yeasayer – Fragrant World, The XX – Coexist, Regina Spektor – What We Saw From the Cheap Seats

I was late to the M83 bandwagon, but man did I love blasting this album on late night car rides this year.  Just all kinds of synth wonderfulness that is perfect with the windows down while you’re driving home late at night.

As I mentioned before, this is kind of a tie between:

And I’ll pick a set of lyrics from both to capture them.  From Japandroids:

When they love you and they will

Tell em all they’ll love in my shadow

And if they try to drag you down

Tell em all to go to hell

And from Maps & Atlases:

Started thinking about myself like I always seem to do

This album is not bad, but it’s just kinda bland.  The opening track “Need Your Love” is fantastic, and the video is even better, but the rest of the album is unremarkable, and I was so ready for this album to blow me away.  But maybe the next one will do the trick, because this one didn’t.  That said, I still love this band.

Quick explanation for those that are unfamiliar with this award, but this is the award I give to the album that is not bad by any means, and that I probably enjoy or even own, but there’s a TON of hype around it, and I just don’t get what the big deal is.  My band that I’m awarding this to this year hurts me a little bit, because I don’t dislike them, and I have so many friends that just love them, but I have to do it….

For me, these guys have all the old folkiness/playing music around the barn type sound as Mumford and Sons, but lacking any sort of teeth.  Their music is not bad, but in the end it is just so boring (to me).  I’m betting these guys would be a blast to have grab a guitar and sit around a campfire with while we all pick flowers and eat organic blueberries, but they’re just so uninteresting for me to listen to in other circumstances.

(my movie picks each year are to be taken less and less seriously, as every year I see less of them, and since I go to the theater so infrequently, any time I do I want to make sure there are plenty of explosions.  I know, I’m turning into that guy.  Who am I kidding, I am that guy)

I just can’t think of anything throughout the year I enjoyed more than this movie.  I feel terrible saying my favorite movie was also one that made a bajizillion dollars, but whatever, it’s the truth.

And my journey to becoming a Joss Whedon fanboy is complete.  This movie is just great, and it’s another good one that horror fans and non-horror fans can totally appreciate.

3)  Beasts of the Southern Wild

If I was pretending to be more artsy than I am, I would have put this one #1, so I hope you all appreciate my honesty.  🙂  This movie is beautiful, the story is interesting and strange, and the acting is incredible.  This for me had all the elements of Tree of Life that I really loved, but put into a far more interesting and pallet-able story.

As some of you may know, I consider myself a connoisseur of terrible movies, so I usually have quite a few to choose from.  It didn’t come out this year, but I finally saw it this year, and the award has to go to:

Amazingly terrible movie.  Like shockingly bad.  So watch it!

So since we’re already 2 months into 2013, I think I can finally say goodbye to 2012.  You were an epic year, and I miss you already.  But to bigger and better things!  Cheers!