Another year in the books, and while all years bring some change in their own way, this one obviously brought a big one.  It’s funny to think that when I was typing up my 2013 in review, I was only about a month out from discovering that I would become a father in 2014.  Crazy to think that was just a year ago. 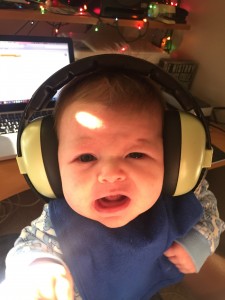 One new thing I did last year was make a list of goals for 2014.  What’s funny is that after I made that list, Corinne said to me “what about make a baby with your wife?”  I told her of course that was a goal at some point, but we’ll just see if and when it happens.  Looking back on the goals I actually listed, it looks like I was able to achieve about half of them.  I may have been a little ambitious when it came to making two music videos, but the one we made was better than I ever imagined it would be.  Still no movie or tv show for Common Shiner, and probably no gigs that really topped House of Blues, but we still gigged plenty, had a lot of fun, and there’s little doubt I ended the year better than I started.  So I certainly can’t complain.

So here’s to a great 2015 for me, and more importantly, for the world, because 2014 was a rough one for seemingly most of it.

But before we just move on into 2015, I’m gonna do my usual thing of looking back at the various pieces of media that I enjoyed in 2014.  As usual, I’ll begin with albums.  This year was an odd one, because with preparing for little Avery and such, I didn’t quite have the same amount of listening to new stuff that I would have in a normal year.  Also, not many albums really grabbed me this year, so it feels a little like a weak year for albums, but still strong for songs. 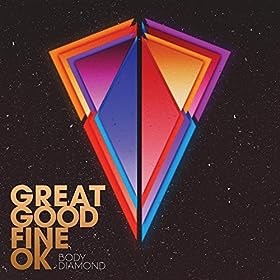 So this is actually just a 4 track EP, but of all albums that came out, this is probably the one I was obsessed with.  I randomly heard the song “Not Going Home” on a Pandora (or similar) at a friend’s house, and I immediately thought “oh man, this is wonderful, who is this?”  I looked them up, and found that they seemed to only have two songs out there, and both were fantastic.  Not too much later they came out with this 4 track EP, and it’s all fantastic.  While the lyrics are fine but not amazing, the music is that perfect sound of dancy/poppy/80s wonderfulness. 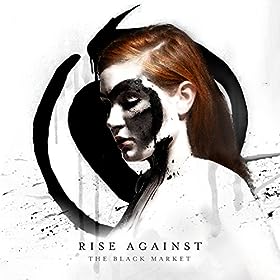 2) Rise Against – The Black Market

You know, one of these days Rise Against will probably release an album that I won’t like, but it hasn’t happened yet.  This album is definitely in a little different direction than their previous albums, which will probably irritate some die hards, but I still love it.  There’s a little bit of a poppier element in this album which has actually led me to say it’s sort of like if Rise Against and Common Shiner made an album together.  Maybe that’s why I choose to like it so much.  :-p  Oddly enough, though, my favorite track on the album is certainly “The Eco-Terrorist in Me” which is the most like traditional Rise Against on the album.  Just keep doing what you’re doing, boys. 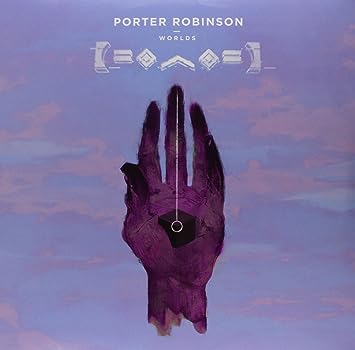 A name that sounds like he’s a 50s jazz trumpeter, and music that sounds like it should be the soundtrack to an epic space age Final Fantasy game.  I’m sold!  I’m definitely a sucker for epic synth-y stuff like this, and Porter just doesn’t hold back.  I was first drawn to this by the first track “Divinity”, which has vocals by Amy Millan (from the band Stars).  It’s catchy, it’s epic, it’s wonderful, and the whole album continues to deliver that, with some fantastic soundtrack-y type songs that I’m in love with (mainly the song “Sea of Voices”).  For anyone into techno/trance-y type stuff, this is an album to get. 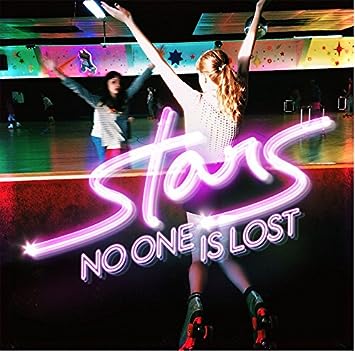 I’m partially putting them at 4 not necessarily because of this album, but because they’ve never made my top 5 list, and they’ve deserved to.  One thing I’ve come to rely on in the last several years is that every other year or so, Stars will release an album, and it will be solid.  It may not be mind blowingly amazing, but I will love it, and what more can you really ask for?  I love that they are so unapologetically emotional or sad with their lyrics.  How can you not love that the title song of this album is a total dance song that has the lyrics:

I don’t know exactly why, but I’m just in love with that.  Much like I said with Rise Against, keep doing what you’re doing Stars! 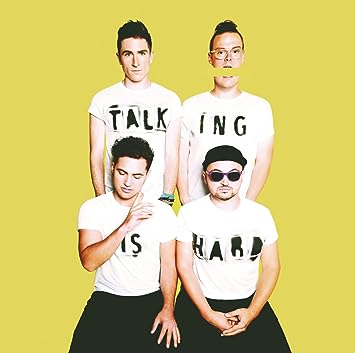 5) Walk the Moon – Talking is Hard

Much like with Stars, I think putting Walk the Moon on my list is less because this album is so great, but because of how much I’ve grown to like them as a band in general.  This album came out so late in the year, but when I heard the first single “Shut Up and Dance” I knew I just needed to pickup the album immediately.  The album is fantastically dancy and fun, and while I’m not blown away by every track, I will keep listening to music that Walk the Moon makes.  I also may have listened to “Shut Up and Dance” like 100 times from first getting the album to the end of the year.

Jake Chandler first pointed me to these guys, and when I first heard them I thought “yeah, they sound sort of like Phoenix.  They’re fine.”  However, the EP I had heard was actually a different one.  When I found this EP and listened to it, I absolutely fell in love with these guys.  “World on Fire” was my second half of summer jam, and is the song that kicks off our mix this year.  If this is just an EP from them, I’m excited for what a full album could bring.

Yeah, I don’t know how to pronounce that either.  I had listened to Kishi Bashi’s first album 151a, and really liked a couple tracks, but felt like the rest of the album was just ok.  So when I saw there was a new album, I dragged my feet a little bit listening to it, but then once I did, I loved it.  It’s so dancy, and poppy, and weird in the best way.  Mr. Steak, you were grade A!

I had heard of these Columbus guys from my Columbus friends, and when I first listened to them I was definitely a little taken a back by the “white guy rapping” aspect of them.  However, that initial reaction soon subsided, as their songs are catchy, dark, dancy, and even folky at times (although the song that seemed to land them on the map, “House of Gold”, is probably my least favorite song on the album, and is the most unlike the rest of their sound).  I’ll just say, I’m glad nobody stole my car radio, so that I can listen to that song while I drive.  (Apparently, I’m just making lyrical reference jokes now)

Lyrically it’s probably not exactly a great representation of the year, but the song that I was definitely obsessed with through the whole year was:

Although I did go home, many times, and my concept of home has definitely strengthened this year, what with having a baby and whatnot.  However, dis shit was my jam!

The Take Off and Landing of Everything – Elbow

I keep waiting for these guys to make an album that surpasses either Leaders of the Free World or The Seldom Seen Kid, and it seems like they’re almost going in a different direction now.  This album is by no means bad, it’s quite pleasant to have on, but it’s just ultimately forgettable, which is disappointing.  That said, I’ll still get their next album, and would get a beer with them anytime (especially if it’s one of their brews – http://elbowbeer.co.uk/)

As I’ve explained in years past, I give this award to the album in a year that gets the most hype, but I just didn’t get what the big deal was.  It could be that I was a little more unplugged this past year, but really I don’t have a winner this year.  So I’ll just stay positive and say well done world!

I’ve actually never posted it as part of my year in review, but I decided to go ahead and do so this year.  Every year since 2001 I’ve made a mix of my favorite songs from the previous year.  Only real rule is that it all needs to fit on one cd.  Once Corinne entered the mix, she added her two cents, and it became “Our” mix.  So here’s our 2014 mix!

So there you go!  If you have access to those songs, put em in that order, and think of Corinne and me.  Or you can ask nice, and maybe I’ll burn you a copy.

You know, this might be the last year I try to make this category work.  I don’t watch movies with the same kind of critical thinking that I do when listening to music, so it’s hard to really answer this question.  It’s not that I don’t watch movies or tv shows, I watch quite a few, but I rarely see the best picture nominees until they’ve already been nominated, so it’s difficult to really have the same kind of list for movies as I do for music.  It’s also hard to remember what all I saw in a given year.

That said, of all the movies I saw for the first time in 2014, my favorite was….

Now this is actually a category I can answer a little easier.  As I’ve mentioned last year, I’ve become utterly obsessed with the podcast How Did This Get Made, and I watch all the movies before the episodes.  So I certainly see my fair share of terrible movies, and I’m actually starting to worry that I enjoy watching bad movies more than I enjoy watching good ones.

So while I watched such gems as No Holds Barred, Sharknado 2, Glitter, and even Monkey Shines, I think the movie that took the cake was….

starring the one and only Miley Cyrus.  It’s…. just really bad.  So listen to the How Did This Get Made episode on it, and enjoy.

Whew, another year in the books!  So here’s to more music, more movies, more friends, more art in 2015!  Cheers!